DG-VET Innovative training material and methodology to support the development of marketable digital and green skills of NEET youth from rural areas to empower their employability.

If we ask you to picture the European countryside, chances are that you will envision large wheat fie lds and lush meadows as far as the eye can see. Wheat is the most cultivated cereal worldwide and one of the most common cultivated crops in Western Europe. It is therefore crucial to evaluate new technologies in real-life conditions and having test farms in different climatic areas helps the use case to validate their solution.

After tests conducted in Belgium and France by Smart Agri Hubs and IOF 2020, it resulted that Nitrogen and water availability are the two main limiting factors in wheat production, and essential determinants to plant growth.

Without technological decision support, farmers might use more fertilisers than they actually need to, and not all nitrogen applied is absorbed by plants. Some of the nitrogen goes back into the atmosphere as nitrous oxide a potent greenhouse gas – or leaches into the water. Applying nitrogen at specific times of the growing cycle of the plant can help reduce its dosage, reducing the costs for the farmers and the impact on the environment. Therefore, the use cases focused on field experiments aimed at chlorophyll and nitrogen estimation during the last year. The result is a predictive model which is capable of accurately estimating the crop nitrogen content from the spectral measurements provided by the IoT sensors and satellites.

This use case’s innovation highlights the need to develop more applications based on the data recorded from IoT systems, which brings additional value to the solution and increase user-acceptance by making the data easily accessible.

The internet of things (IoT) has revolutionary potential. A smart web of sensors, actuators, cameras, robots, drones and other connected devices allows for an unprecedented level of control and automated decision-making. The project Internet of Food & Farm 2020 (IoF2020) explores the potential of IoT-technologies for the European food and farming industry.

Therefore, the main objective of each experiment was to propose a viable solution to farmers. Consequently, they have been involved at several stages of the experiment and in the last period the use case officially rolled out the service.

In order to reduce costs, the researchers also developed the service without implementing the fixed sensors in the field using IoT technology. The analysis is then supported by the same software leveraging only the data collected via satellite. The crop observation is then less accurate, but this option offers more flexibility to farmers. This ultimately makes precision crop management also possible for smaller farms as it significantly reduces the initial acquisition costs. This option is also independent from any hardware component, which has potential for more flexible applications.

The comparisons of the CHN model corrected without and with IoT data assimilation reveal a re al gain of these last ones on the simulations and exits of the model and thus on the recommendations of contributions. This model calculates the daily flow of carbon (C), water (H), and nitrogen (N) between the soil, atmosphere and plant compartments on a daily basis during a cropping season. Ultimately, the proposed method leads to a lower total nitrogen input compared to the balance sheet.

DGVET Project, co funded by the European Commission, is actively committed to develop Innovative training material and methodology to support the development of marketable digital and green skills of NEETs from rural areas to empower their employability and knowledge about Smart Agriculture Solutions, for additional information you can contact: dgvet@e-camara.com 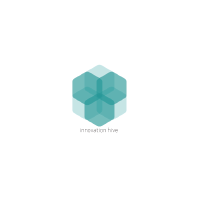 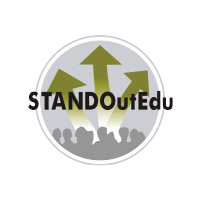 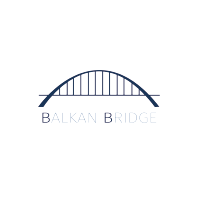 This project has been funded with support from the European Commission. This publication reflects the views only of the author, and the Commission cannot be held responsible for any use which may be made of the information contained therein.  2021-1-BE01-KA220-VET-000035895

Powered by Innovation Hive
We use cookies on our website to give you the most relevant experience by remembering your preferences and repeat visits. By clicking “Accept”, you consent to the use of ALL the cookies.
Do not sell my personal information.
Cookie SettingsAccept
Manage consent

This website uses cookies to improve your experience while you navigate through the website. Out of these, the cookies that are categorized as necessary are stored on your browser as they are essential for the working of basic functionalities of the website. We also use third-party cookies that help us analyze and understand how you use this website. These cookies will be stored in your browser only with your consent. You also have the option to opt-out of these cookies. But opting out of some of these cookies may affect your browsing experience.
Necessary Always Enabled
Necessary cookies are absolutely essential for the website to function properly. These cookies ensure basic functionalities and security features of the website, anonymously.
Functional
Functional cookies help to perform certain functionalities like sharing the content of the website on social media platforms, collect feedbacks, and other third-party features.
Performance
Performance cookies are used to understand and analyze the key performance indexes of the website which helps in delivering a better user experience for the visitors.
Analytics
Analytical cookies are used to understand how visitors interact with the website. These cookies help provide information on metrics the number of visitors, bounce rate, traffic source, etc.
Advertisement
Advertisement cookies are used to provide visitors with relevant ads and marketing campaigns. These cookies track visitors across websites and collect information to provide customized ads.
Others
Other uncategorized cookies are those that are being analyzed and have not been classified into a category as yet.
SAVE & ACCEPT
Skip to content